In 2020 we donated 10% profits of all Water Testing and Water Filter Sales to local and International Aid. During 2021 we will do the same for all Soil and Dust Tests and Air Purifiers ordered through Toxtest and Hartgoods.
Toxtest
WATER ANALYSIS RESULTS
Includes Heavy Metals, Minerals and Auxiliary test results
Best viewed on a tablet or computer screen

Water Analysis Results are informed by the Australian Drinking Water Guidelines (ADWG, 2018). Where no Australian guideline is available we use a Precautionary value estimated from natural water background levels of the metal/mineral from Australian and overseas research. The coloured result bar turns red when your result is over the water guideline value we are using for that metal.
Additional exposure and health information is available in the blue links within each Metal/Mineral result.
Link to additional human support in green button at end of page.
These results are de-identified and can be sent to others (doctors, councils, health practitioners, family) via the "email this page" link below
Additional information via coloured buttons below. We also provide extensively researched, tested and easily setup Water Filters on our hartgood site that are able to completely remove toxic metals and other dangerous substances.
Our deeply Researched & Tested Water Filters
Drinking Water Quality: What we need to know
Heavy Metals & Minerals Results

pH | The degree of acidity or alkalinity

AG: Less than 5 NTU. However <0.2 NTU is the target for effective filtration of Cryptosporidium and Giardia.

Australian Drinking Water Guideline: Between 60 - 200 mg/L. Total hardness in major Australian reticulated supplies ranges between about 5 mg/L and about 380 mg/L.

Total Coliforms (cfu/100 ml) | Coliform bacteria are defined as Rod shaped Gram-negative non-spore forming and motile or non-motile bacteria. They are a commonly used indicator of sanitary quality of foods and water. Coliforms can be found in the aquatic environment, in soil and on vegetation; they are universally present in large numbers in the feces of warm-blooded animals. While coliforms themselves are not normally causes of serious illness, they are easy to culture, and their presence is used to indicate that other pathogenic organisms of fecal origin may be present. cfu = colony forming units

E.Coli (cfu/100 ml) | Unlike the general coliform group, E. coli are almost exclusively of fecal origin and their presence is thus an effective confirmation of fecal contamination.

Nitrate is made up of one nitrogen and three oxygen atoms and can be called a molecule, an ion or a salt when combined with potassium or other elements. Major uses of potassium nitrate are in fertilizers, tree stump removal, rocket propellants and fireworks. Plants utilise both potassium and nitrates to thrive.

Nitrite is similar but has only two oxygen atoms.

Nitrate and nitrite ions are also naturally occurring, with the nitrite ion being relatively unstable. Nitrate is formed from the oxidation of organic wastes such as manure, by the action of nitrogen-fixing bacteria in soils, or from lightning strikes through air in addition to their manufacture for use in explosives and inorganic fertilisers. Intensification of farming practices and sewage effluent disposal to streams have led to increasing amounts of nitrate in some waters, particularly groundwater. Food, particularly vegetables and cured meat, is the major source of nitrate intake for humans. Note that conventional water treatment is not effective for nitrate removal.

The nitrite ion is relatively unstable and can be formed by the reduction of nitrate in poorly oxygenated waters. It is rapidly oxidised to nitrate and is seldom present in well oxygenated or chlorinated supplies. Chemical and biological processes can result in further reduction to various compounds, including ammonia, or oxidation back to nitrate. Very high nitrate concentrations (up to 1300 mg/L) have been recorded in some groundwater supplies in rural areas in Australia. Nitrite can be converted to ammonia.

Based on health considerations, the concentration of nitrite in drinking water should not exceed 3 mg of Nitrite per Litre of water.

Australian Drinking Water Guideline: <3 mg/L. Based on health considerations, the concentration of nitrite in drinking water should not exceed 3 mg of Nitrite per Litre of water.

Ammonia, NH3, is actually added to drinking water at local water treatment plants to react with chlorine to form chloramine disinfectants, which in called – chloramination. This is not as powerful as chlorination (adding chlorine alone) but provides a longer lasting residual in the water distribution system. Chloramination produces several species of chloramines depending on the ratio of chlorine to ammonia, the pH and the temperature and of these monochloramines are preferred because they do not cause the taste and odour problems that can arise with dichloramines and trichloramines.

Importantly, water treatment workers need to be aware of the breakpoint phenomenon, whereby chlorine applied in sufficient doses will oxidise ammonia and eliminate chloramines thus forming a free chlorine residual. Chloramines are particularly suited to providing disinfectant residuals in long distribution systems, where it is difficult to maintain a residual using chlorine alone. However, different chloramine species, also called Disinfectant By-Products (DBPs) and that include Trihalomethanes (THMs), are toxic to humans.

Note also that the purity of chemicals used in Australia for the treatment of drinking water varies, depending on the manufacturing process. Ammonia is generally supplied at 99.9 % purity or better, but the product may include a very small amount of oil (hydrocarbons) and heavy metals.

Again, reiterating the importance of filtering your drinking water. See our hartgoods site for details

There is no Australian Drinking Water Guideline for Phosphate. The Estimated Normal Background Level of Phosphate is less than 0.06 mg/L (based on total phosphorus levels). See Sciencing and Background-Information-for-Interpreting-Water-Quality-Monitoring-Results and Australian Government - National Pollutant Inventory - Total Phosphorus.

We have used a Precautionary Level of < 0.15 mg/L based on the fact the levels above this cause significant damage to ecosystems and adversely effect the processes in drinking water treatment plants. This is mostly caused by excessive use of fertilisers (that contain phosphorus as phosphates) and concentrated animal (and human) wastes with subsequent runoff into the drinking water supply causing excessive growth of algae (often the highly hepato-toxic blue-green algae).

Thanks to Waterwatch for this information on Phosphates/Phosphorus as there are no guidelines for Phosphates produced by the Australian Drinking Water Guidelines (ADWG, 2018)

Background concentrations for phosphate are approximately 0.01-0.06 mg/L when measured as Phosphorus (P). The phosphorus found in both surface water and groundwater is in a form called Phosphate (chemical formula, PO4). It is naturally derived from the weathering of rocks and the decomposition of organic material, but it can also enter waterbodies in runoff or discharges — soil and fertiliser particles can carry phosphorus, and sewage is also rich in phosphorus. Phosphorus is also an important nutrient in human and animal health.

A sudden increase in orthophosphate in inland waters can stimulate great increases in the growth of algae, particularly, as well as other aquatic plants. Algal blooms potentially produce toxins and also can cause large deficits of dissolved oxygen.

And, like Nitrate, Phosphate is widely used as a fertiliser and excessive use can end up in waterways resulting in Algal blooms that in turn produce toxins harmful to humans and fish.

Even small changes to low phosphorus concentrations (0.01–0.02 mg/L) can have a significant effect on the ecosystem, but existing field equipment cannot detect phosphate at concentrations below about 0.02 mg/L while our Lab can detect down to 0.005mg/L.

There is no Australian Drinking Water Guideline for Phosphate. We have used a Precautionary Level of < 0.15 mg/L.

Methaemoglobinemia is characterized by reduced ability of the blood to carry oxygen because of reduced levels of normal haemoglobin. It is uncommon. Infants are most often affected, and may seem healthy, but show signs of blueness around the mouth, hands, and feet, hence the common name “blue baby syndrome”. These children may also have trouble breathing as well as vomiting and diarrhoea. In extreme cases, there is marked lethargy, an increase in the production of saliva, loss of consciousness and seizures. Some cases may be fatal.

In the body nitrates are converted to nitrites. The nitrites react with haemoglobin in the red blood cells to form methaemoglobin, affecting the blood's ability to carry enough oxygen to the cells of the body. Bottle-fed infants less than three months of age are particularly at risk. The haemoglobin of infants is more susceptible and the condition is made worse by gastrointestinal infection. Older people may also be at risk because of decreased gastric acid secretion.

Malnutrition and infection seem to increase the risk of methaemoglobinaemia. The general health of the infant as well as Vitamin C intake may determine whether or not the condition develops

Others at risk for developing methaemoglobinaemia include: adults with a hereditary predisposition, people with peptic ulcers or chronic gastritis, as well as dialysis patients.”

There is concern that nitrite may react with foods rich with secondary amines to form N-nitroso compounds in the stomach: many of these compounds are known to be carcinogenic in animals.

Humans alter the way water moves through the landscape by clearing vegetation for agriculture or urban development and by constructing drainage that moves water quickly off the landscape into the receiving water bodies. These changes to the landscape mean that there is often insufficient vegetation around rivers and estuaries to utilise excess nutrients. This problem is exacerbated when extra nutrients are added onto the land in the form of fertiliser and animal manure, or also by changing the types of plants present.

Nitrates and phosphates drive or increase eutrophication, a form of nutrient enrichment in waterways; this causes excess production in waterways of algae and Cyanobacteria (also called blue-green Algae), and high concentrations of nutrients may encourage algal growth and result in nuisance or toxic algal blooms, eventually stripping oxygen out of the water, which leads to devastating fish kill events, seen in 2019 in Australia. The drought and mis-management of the crucial waterways in Australia has further exacerbated the situation.

Eventually these blooms will collapse and die and the resulting decomposition of the algal cells will strip oxygen out of the water, sometimes causing fish kill events.

Note that Cyanobacterial blooms are of concern in drinking water primarily because of the intracellular toxins they produce, which are of three main types; hepatotoxins, which damage liver cells, neurotoxins, which damage nerve cells and cylindrospermopsin, which can damage the liver, kidney, gastrointestinal tract and blood vessels. 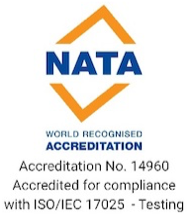 Content on Toxtest is subject to copyright ©.
CASRN: CAS Registry Number is a Registered Trademark of the American Chemical Society.